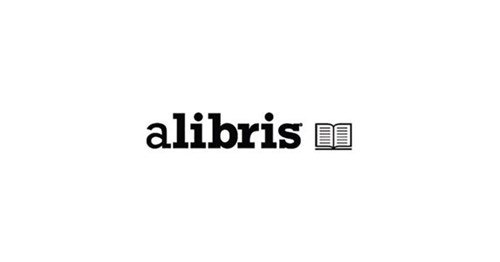 when looking for Your Books, Music & Movies

Richard Weatherford is a bookseller who loves old books and new technology. After teaching college for a number of years, Dick turned to selling antiquarian books via specialized catalogs from his home near Seattle. He soon realized that computer databases had a lot to offer the antiquarian book business. In 1982, he wrote a business plan for a company that would build an online database for antiquarian booksellers. He called the company Interloc because it would serve as an interlocutor (that's English professor for "go-between") to help sellers to locate hard-to-find books. Unfortunately startup capital was harder to find than a signed JD Salinger, in part because personal computers were still scarce, expensive, and difficult to connect.

In 1991, Dick was hired by Faxon, a book and magazine subscription service firm, to salvage BookQuest, an early online database for antiquarian booksellers. BookQuest failed, but it taught Dick a lot and it revived the idea of Interloc. Because computer use was growing exponentially, the idea seemed timely and Dick was able to raise nearly $50,000, mainly from booksellers who respected his thinking and vision. Interloc went live in 1993, prior to the widespread use of the world-wide web.

Initially, Interloc was a database for professional booksellers only. It was not open to the public. Dick recruited Tom Sawyer, who in 1993 published Record Manager, the first desktop software for booksellers. The data standard that Tom developed for Record Manager, called UIEE, is still in widespread use today. Interloc enabled sellers to transfer files of book listings over modems using DOS-based computers. Interloc built the first system to match requests, or "wants" from customers with books available for sale. It was a pioneering system, and the small company became the first successful online service for booksellers.

A global vision from traveling the backroads

In 1997, Marty Manley asked an author friend how to find a copy of her book, which was out-of-print. Manley had what might politely be termed a nonstandard resume: among other things, he had been a machinist and a leader of several labor unions, a McKinsey & Co. management consultant, a sought-after turnaround expert, and Assistant Secretary of Labor for Bill Clinton. Over dinner, the author suggested that Marty use Interloc to track down a copy of her book. Marty found the book and was immediately hooked on Interloc's rich content. He sought out Richard Weatherford and was soon introduced to him in an office at the top of San Francisco's highest skyscraper.

Marty and Dick discussed how Interloc might become a company that could deliver the growing power of e-commerce to independent booksellers while delivering extraordinary selection to businesses and book lovers. They spent three weeks traveling and meeting with booksellers across the US to learn what was working and not working with the emerging world of online bookselling. By the end of these travels, they had decided to create a new company out of Interloc.

Thus Alibris was born. Marty started the new company in California, where the first employees came to work in his house.