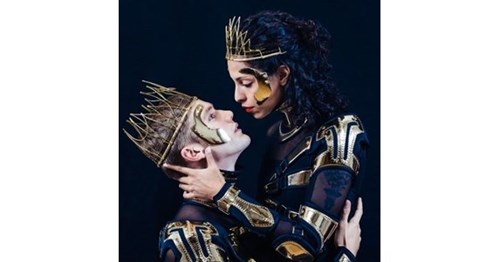 Founded in 1986, the Cercle du Grand Théâtre de Genève brings together patrons and institutional bodies that wish to support the Grand Théât

THE GRAND THÉÂTRE DE GENÈVE The Grand Théâtre de Genève is Geneva’s opera house. Since its temporary move to the right bank side of the Lake, the Grand Théâtre de Genève presents its productions at the Opera des Nations, which is located in the international organisations district. It stages opera and ballet performances, recitals and concerts whose level of excellence identifies the Grand Théâtre as one of the great opera houses of the world. The Grand Théâtre’s technical, artistic and administrative teams all come together, with their specific skills, to form a staff of approximately 300 members, whose individual skills are all essential to the success of our productions. THE WORKSHOPS If it weren’t for the many different skills of our technical staff, there would be no costumes, no props, no sets or footwear in our productions. Since 1996, the technical workshops have divided their activities into three branches: sets, props and costume, all requiring the specific professional skills of carpenters, locksmiths, painters and decorators, upholsterers and props technicians, dressmakers, seamstresses, tailors, costume decorators and accessorisers and shoemakers. THE BALLET COMPANY In 1962, the Grand Théâtre de Genève gave itself a resident ballet company and since then, the Geneva Ballet has commissioned two new productions every season from internationally renowned choreographers, which have made its reputation in Switzerland and abroad. The Ballet’s premieres always take place in Geneva, but the company is frequently and regularly on tour abroad, with recent appearances in France, Italy, the United States, Australia, Brazil, China and South Africa). MORE